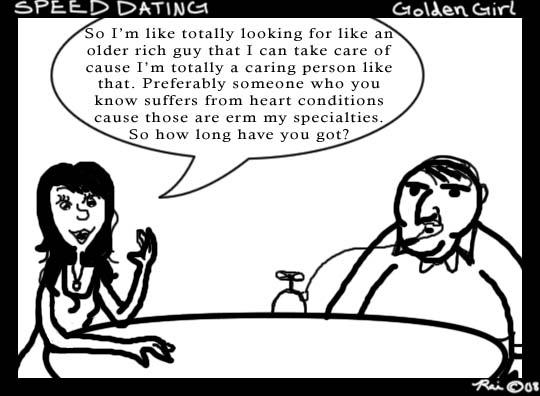 This is the start of another comic, a random running gag about speed dating and the people who do it. No offense to anyone actually I've always been interested in the whole concept, I have friends who've done it and had a fun time and it's made me interested. This won't have an update schedule it'll just update when it does. The art will be nothing special, simple black and white doodles done with my tablet in Photoshop. So if you're coming for the art you're in the wrong place, if you're coming for the comedy well depending on your sense of humor you may be in the wrong place.

I tend to find humor in strange things. Some say I had the dirty humor of a male others say it's just plain morbid you can be the judge.