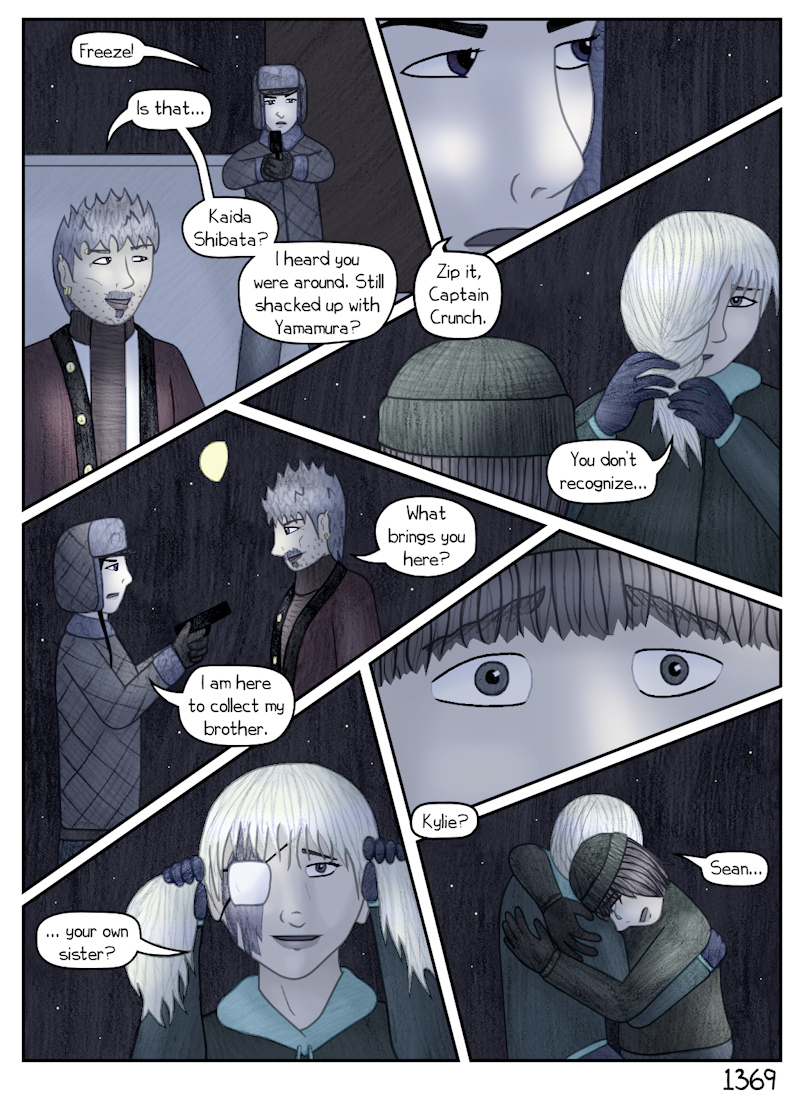 I guess this is a “big reveal.” Kylie was shot in the face on page 819, which feels like ages ago. (Actually posted around the time when I got my irl kittens, who are now 8 years old.) Sean took it very hard. Keeping secrets is not in her nature, so I have allowed her to reveal as much as she wanted since “Ashley” showed up. I knew she would not maintain any degree of secrecy if she saw Sean again. 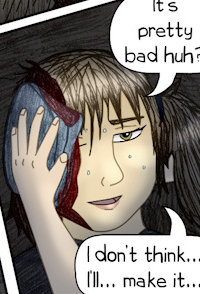 There are more. Like I said, Ashley has not been mysterious in the least. I wrote her as Kylie, so everything she says and does has been true to character. Designing the face scar has not been easy, but the eye patch has helped with that. (The eye patch has been visible several times since Ashley's introduction.)